Dhanush, who made his Bollywood debut with ‘Raanjhanaa’, is starring in the upcoming Hindi film ‘Atrangi Re’ co-starring Akshay Kumar and Sara Ali Khan. Aanand L Rai, who directed Dhanush in Raanjhanaa, has helmed Atrangi Re as well.

Now, the makers of Atrangi Re took to the Twitter page to announce that the trailer will be released tomorrow. Along with the announcement, the team launched the first look and motion posters for each lead character. The Mozart of Madras A.R. Rahman has scored music for this movie. 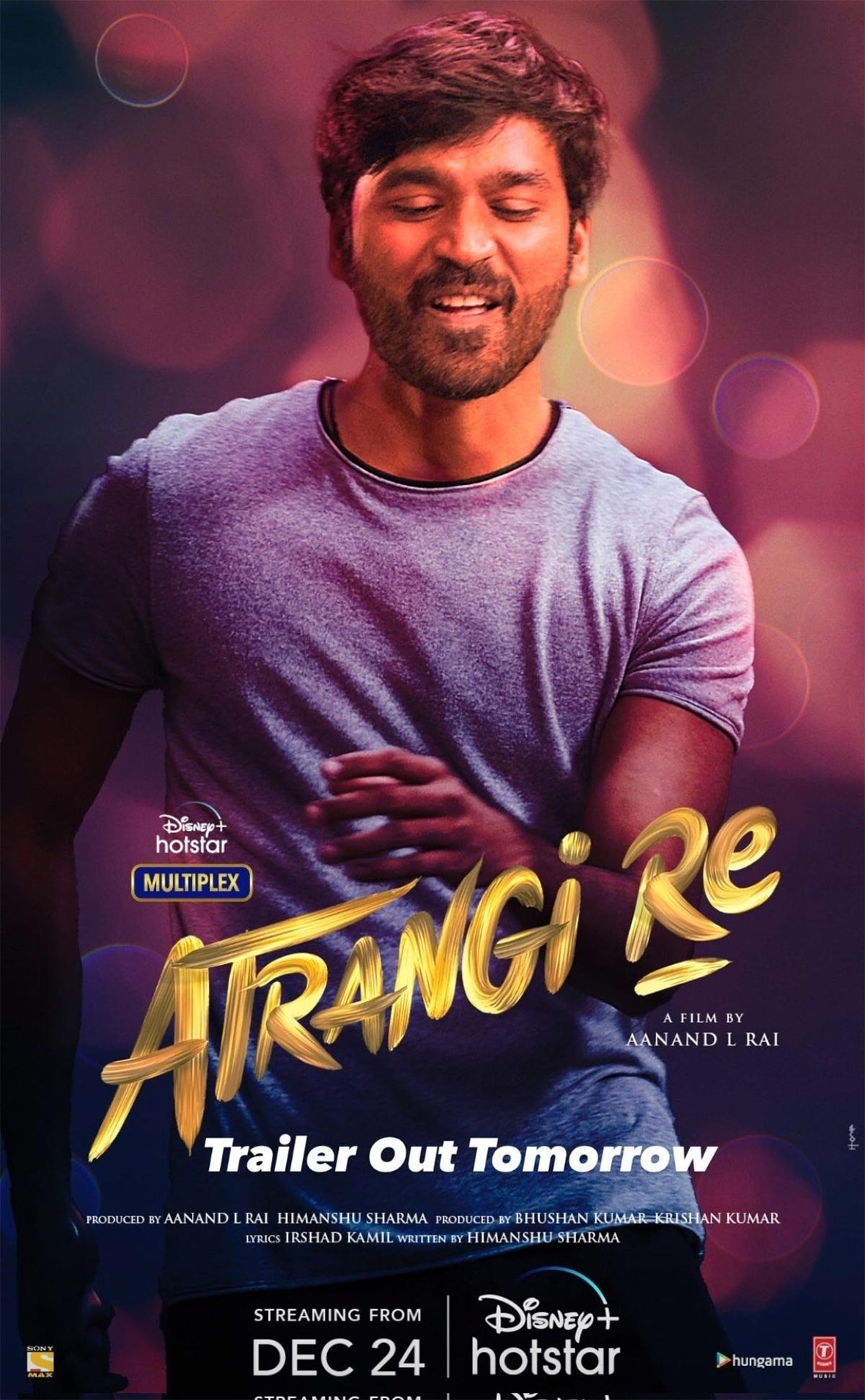 The film was initially slated for release on Valentine’s Day on February 14 this year but was indefinitely pushed due to post-production delays owing to the Covid-19 pandemic. The latest is that Atrangi Re will be streaming from December 24 on Disney+Hotstar, coinciding with the Christmas holidays.

The production house decided to have a Tamil version for the movie as well owing to Dhanush’s massive fan base in the state. Notably, Raanjhanaa’s Tamil version…