Full House actor and popular US comedian, Bob Saget passed away. He was found dead in his hotel room in Florida on Sunday, January 9. The news of his demise came as a shock to the global Entertainment industry. After Hollywood stars condoled the comedian’s demise, Bollywood stars too paid their tributes. Priyanka Chopra Jonas, Anushka Sharma, Parineeti Chopra, and others, expressed heartfelt condolences on social media.

Priyanka Chopra took to her Insta story and wrote, End Of An Era Rest in power Bob Saget. 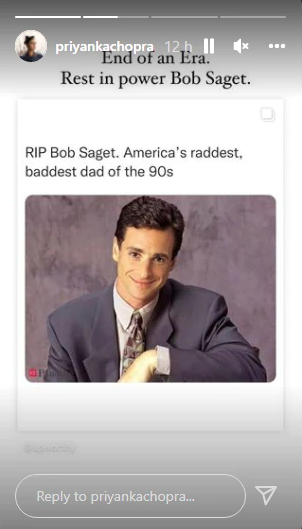 Anushka Sharma shared a picture of the late comedienne to console his demise. 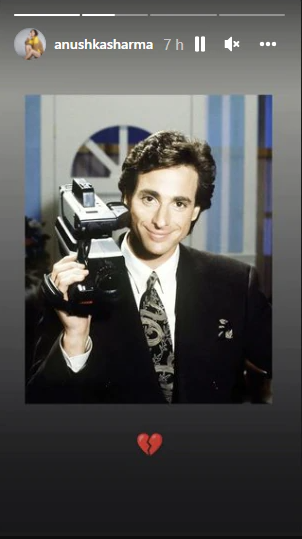 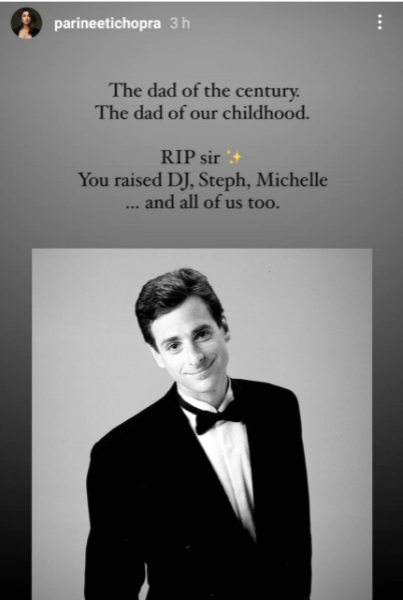 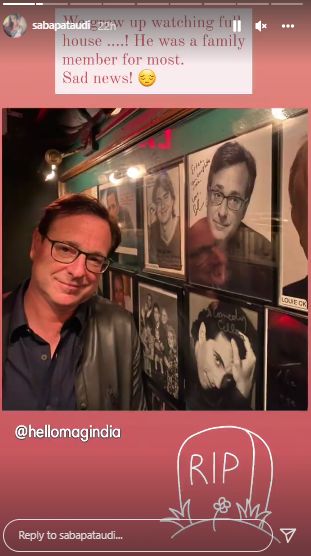 Bob Saget’s family issued an official statement confirming his demise. It read, “We are devastated to confirm that our beloved Bob passed away today. He was everything to us and we want you to know how much he loved his fans, performing live and bringing people from all walks…