Television actress Manisha Yadav is no more. She passed away on Friday, October 1. Manisha was well known for her role as Salima Begum in the show Jodha Akbar. According to reports, the actress suffered a brain hemorrhage and collapsed in no time. Manisha’s Jodha Akbar’s co-star Paridhi Sharma confirmed the news of Yadav’s demise. Paridhi Sharma, who played the lead role in the show Jodha Akbar, took to her Instagram stories to share the news. She condoled the death of Manisha Yadav in an emotional post.

Paridhi Sharma shared a throwback photo of Manisha Yadav from the show Jodha Akbar. The late actress looked beautiful in a scene from the show, playing Salima Begum. In the post, Sharma shared the picture of Manisha and wrote, “This News Is So Heartbreaking,” followed by a sad emoji. She wrote, “RIP,” and tagged the late actor’s Instagram handle in the post. 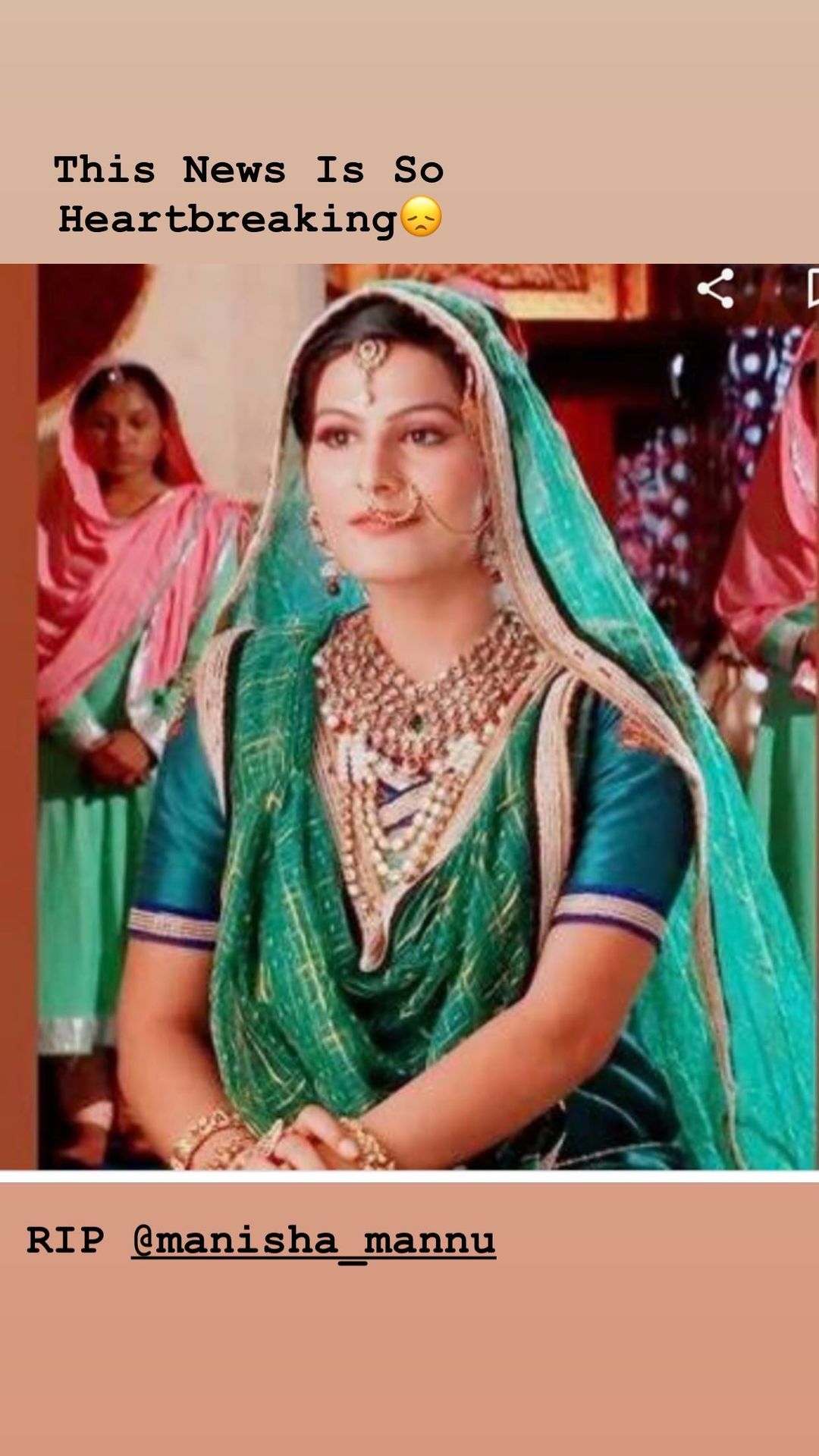