Actress Ileana D’Cruz, who is quite active on social media, recently had an accident in her kitchen. She ended up cutting her fingers while cooking. She took to Instagram and posted pictures of her bandaged fingers along with a note.

In her note, the actress mentioned that the pain made her ‘cry like a child’. One of her posts read, “Sliced two of my fingers bad while cooking and then proceeded to cry like a child while trying to manoeuvre the not-so-easy task of putting bandaids on.” Her next post read, “Also I’ve sliced my fingers so many times, it’s a wonder I still have fingers! However on another note – there’s ABSOLUTELY no shame in crying.” Have a look: 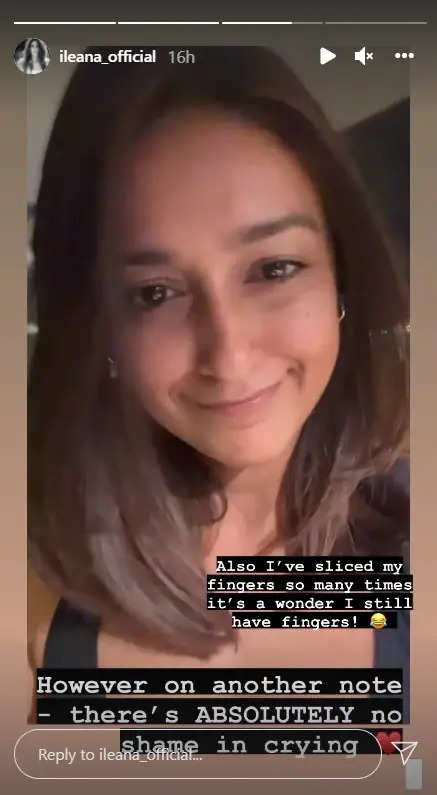 Meanwhile, the actress was last seen in ‘The Big Bull’ alongside Abhishek Bachchan and Sohum Shah. The film was released on an OTT platform. She is all set to be seen in ‘Unfair And Lovely’ with Randeep Hooda. Earlier, while speaking to PTI, Ileana revealed that her film is a beautifully…