Bollywood actor Varun Dhawan has joined the bandwagon of celebrities and prominent people to get the UAE’s prestigious Golden Visa.

Varun took to his Instagram stories and said, “Having shot multiple films here I can first hand say that UAE is a great destination to film… very thankful to the UAE government for giving me the a Golden Visa.”

Last week, Bollywood film director Boney Kapoor along with his children joined the latest lists of celebrities and stars to get the UAE’s Golden Visa in Dubai.

Actress Janhvi Kapoor, her sister Khushi and Boney were in Dubai to receive the honour on Thursday. 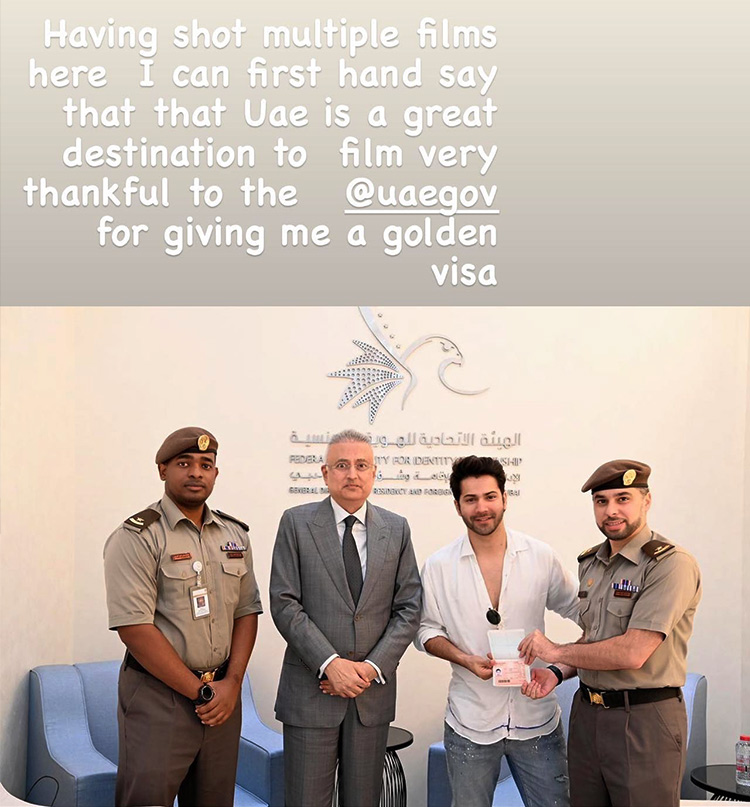 In fact, Boney’s son Arjun and eldest daughter Anshula were also granted the Golden Visa. Boney said on Twitter, “Thank you to Dubai Government for granting me and my 4 children Golden Visa on my Birthday…