Building the anticipation even further, the talented and popular actors took to their official social media handles recently to reveal to their followers and ardent fans about them starting the script reading sessions of the campus comedy drama. 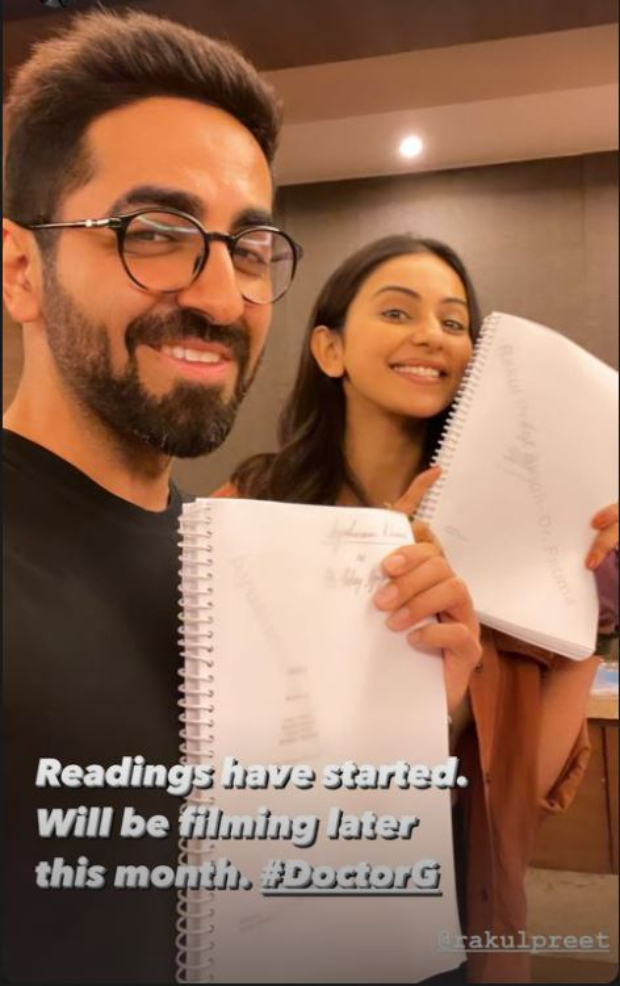 Ayushmann and Rakul will be seen sharing screen space for the first time in Doctor G. While Ayushmann will be playing the role of Dr. Uday Gupta, the actress will be seen as Dr. Fatima, a medical student who plays Ayushmann’s senior in the film. The concept is unique, intriguing and unlike something we have seen in mainstream cinema and the wait is surely going to be worth it!

The movie is co-written and directed by Anubhuti Kashyap. The film is written by Sumit Saxena, Vishal Wagh and Saurabh Bharat.

ALSO READ: “I have always looked forward to discover the unexplored!”,…